What is knee ligament repair?

Ligaments are bands of tough, elastic connective tissue that surround a joint to give support and limit the joint’s movement. 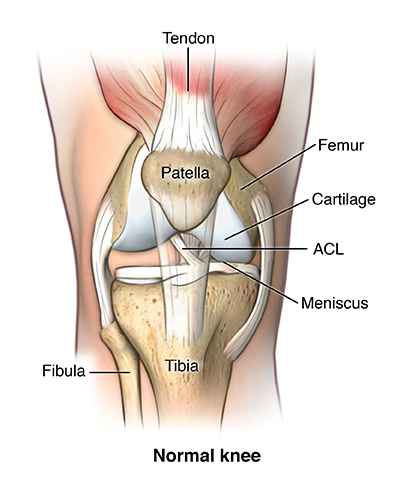 When ligaments are damaged, the knee joint may become unstable. Ligament damage often occurs from asports injury. A torn ligament severely limits knee movement, resulting in the inability to pivot, turn, or twist the leg. Surgery is an option to repair a torn ligament if other medical treatment is not effective.